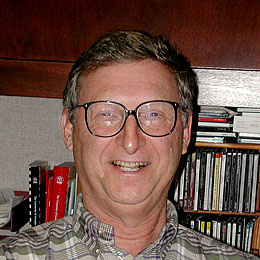 A retired UGA professor who served as a naturalist on Arctic expedition ships will explore the dynamics of sea ice formation and the Earth’s shrinking ice caps in a presentation at the Oconee Rivers Audubon Society’s next meeting at 7 p.m. Thursday, Feb. 4, at Sandy Creek Nature Center.

Gary Kochert, who lectured on geology and glaciology with Polar Star Expeditions, will give a presentation on “The Frozen Ocean.” In his talk, Kochert will discuss the formation of and seasonal changes in sea ice in the Arctic and Antarctic and describe some of the animals that rely on sea ice to survive.

Ice in the Arctic Ocean has been decreasing in area and thickness in recent years, and someday soon the entire ice cap may disappear during the summer. These changes will have profound effects on Arctic wildlife, as well as the political and economic relations among nations that border the Arctic Ocean, according to Kochert, a retired botany and geology professor and former head of UGA’s Plant Biology Department.